Zi Wei Dou Shu ( Purple Star Astrology ) is a form of fortune-telling in Chinese culture. It remains one of the most well-respected[1] processes for laying out “The Destiny Path” or “Fate”. Terminology Zi Wei (紫薇) – purple Rosa Multiflora(薔薇), also known as Baby Rose, Rambler Rose。Purple have always been seen as noble colors, it was […]

Zi Wei Dou Shu ( Purple Star Astrology ) is a form of fortune-telling in Chinese culture. It remains one of the most well-respected[1] processes for laying out “The Destiny Path” or “Fate”.

Zi Wei Dou Shu thus means the study of a person’s life based on the movement and location of the Zi Wei Star and 100+ other stars at the specific time the person was born.

The procedure is sometimes loosely called pi ming (Chinese: 批命) as a street term. Literally meaning to analyze one’s life like how a document is approved.

The requester, or the person seeking the fortune telling advice, presents a person’s moment of birth: year, month, day, and time to the fortune interpreter. Without this crucial information, the analysis cannot take place. Chinese name or strokes in the characters that make up one’s name is also requested at times for further refinement in the analysis at times. Although analyzing in combination with the name is practiced, this is outside the scope of zi wei dou shu.

One difference from astrology is that the positions in zi wei dou shu does not correspond actual position of those stars.

Calculations are worked out to chart the stars into 12 different palaces or Gong (宫). This would then be one’s Natal Birth Chart or Mìng Pán (命盘).

By integrating the stars and palaces, their attributes, environmental factors, the Five elements, Yin and Yang concept and all the possible combinations and variations, including the position of the symbolic stars and their interrelations, not only can personalities be understood, but personal and professional relationships can be predicted. The end result is a calculated translation of one’s destiny in detail including events that have already happened in the past for verification purposes.

The plotting of one’s birth chart is not difficult. What is difficult in Zi Wei Dou Shu is the complex system of interpretation that allows us to ‘read’ the blueprint of our lives.

Zi Wei Dou Shu was created by a Taoist named Lu Chun Yang (呂純陽) during the Tang Dynasty. It was further developed by Chen Xi Yi (陳希夷) during the Song Dynasty and later on by Luo Hong Xian (羅洪先) during the Ming Dynasty to its present-day form.[2] Its exact origin, however, is still debated among the different schools, and should not be taken as a guaranteed historical context.

Chinese Astrology has always been closely intertwined with Astronomy. Gifted astronomers and astrologers were recruited as officials to work in Imperial Courts during the dynastic eras. In those days most astrological charts were crafted solely for the emperor, as his personal fate had a direct bearing on his kingdom. The court astrologers also played an important role in determining the successor to the throne.

Astrologers observed the stars and noticed that among so many stars, only one was seemingly stationary while the rest revolved around it. As it was also the brightest, the star was named the “Emperor Star” (紫微星)–the celestial equivalent of the Emperor and known in the West as Polaris.

The most basic interpretations should be able cover the following. These are just examples.

The more advanced interpretations may reveal the following. These are just some examples.

As with all other forms of fortune-telling, the Chinese do not generally see astrology as an infallible guide as to what will happen, but more as a form of forecasting in detail. Knowledge about events to come, may allow one to gauge the situation and make decisions from a position of strength. Zi Wei Dou Shu approaches the world and events from the idea that to view things in their proper context, it is important to recognise the spiritual dynamic of the universe to find the pattern of change that leads to fundamental truth.

The 12 Palaces, or Shí Èr Gōng (十二宫) are arranged in a counter-clockwise direction in this fixed sequence.

In addition, there is a 13th Palace called (Chinese: 身宮; pinyin: Shēn Gōng) or literally, Body Palace. It is as important as any of the other 12 Palaces in interpreting one’s life events. Palaces, or Gōng (宮) originated from the concept of house or temple or a space where spirits or souls live in. “Space” does not exist outside “time”, so each palace can relate to the time span of events happening in the particular Gōng.

As mentioned earlier, the essence of Zi Wei Dou Shu lies in the interpretation, and not the plotting of a Birth Chart. Thus, many masters spent years or decades doing case studies before seeing the fruits of their labour.

To request for Zi Wei Dou Shu consultancy, contact via the phone number +84 989738182 or email address:haiduong.lee@gmail.com 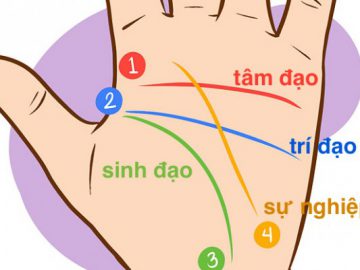 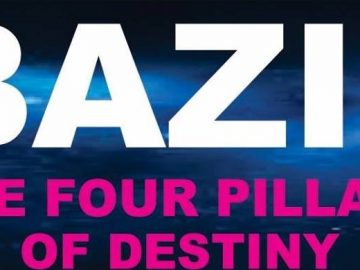 testimonial from our client 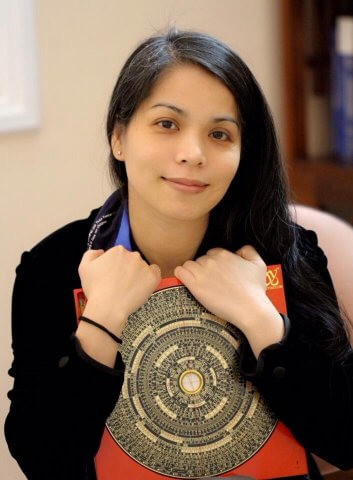 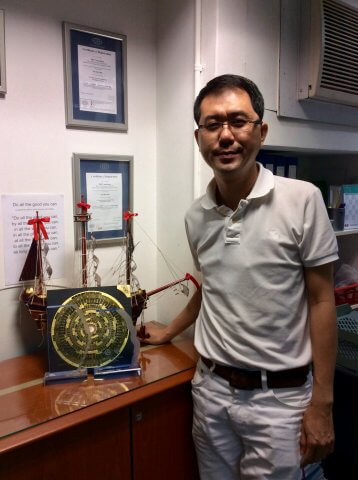